Every person in the world should have equal access to the global financial system, regardless of where they live.

Ambisafe's founding team has been pioneering cryptocurrency development since 2010. Ambisafe unites stunning engineers and blockchain enthusiasts. We work side by side with the leaders of the cryptocurrency industry and will be happy to design a solution for you that will address your market needs in the most efficient way. 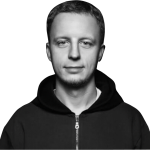 Andrii developed a university thesis on cryptocurrency prior to the release of bitcoin in 2010. He launched the first Bitcoin merchant service and the first multi-currency blockchain wallet. He is the founder of Ambisafe and Orderbook and an advisor at Propy. He also led the team that developed a prototype of blockchain-based voting system for the government of Ukraine. 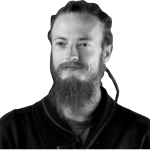 Oleksii Matiiasevych
Ethereum Architect
Oleksii is known in the blockchain industry for saving millions of dollars during the Parity Wallet hack and for identifying vulnerabilities in 12+ top-rated cryptocurrency exchanges. He has worked with several blockchain projects including Tether, Bitso, Propy and TaaS. Having developed hundreds of smart-contracts and Ethereum applications, Oleksii is currently the lead Solidity architect at Ambisafe.
Find on: